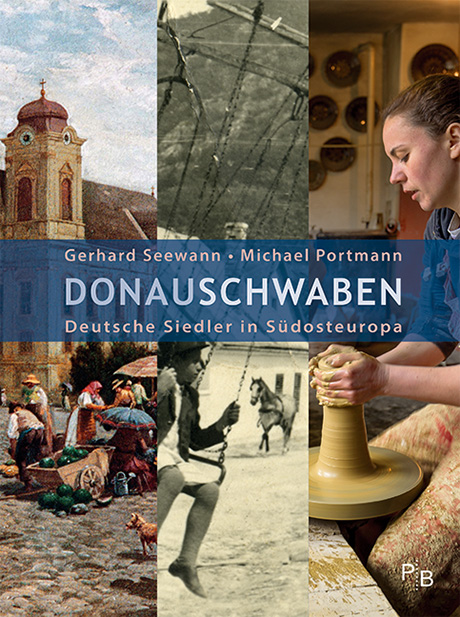 In the 18th century, ships regularly sailed downstream from German Danube ports. People who promised themselves a better future in Southeastern Europe allowed themselves to be embarked. Most of them came from the southwestern countries of the Holy Roman Empire of the German Nation. Their destination was the Kingdom of Hungary, where after liberation from Turkish occupation manpower was needed. The immigrants were called »Swabians« regardless of their origin. They were economically successful and left their mark on large areas of the country. After 1918 these groups, now called »Danube Swabians«, belonged to three different states: Romania, Hungary and Yugoslavia. Starting in 1944, hundreds of thousands lost their homes and thousands their lives through flight, expulsion, persecution and deportation. The majority of the uprooted found refuge in southern Germany. Only the Swabians in Romania and a part of the Hungarian Germans were allowed to stay. Many of them came to Germany as late repatriates, the remaining ones today form active German minorities in their home countries.

Gerhard Seewann (born 1944 in Graz/Austria), studies of History and Philosophy in Graz, Research Assistant in the Archive of the German Youth Movement at Ludwigstein Castle and of the University of Munich, 1980–2007 Head of the Library of the Südost-Institut in Munich, 2007–2015 Endowed Professorship for History of the Germans in Southeastern Central Europe at the University of Fünfkirchen/Pécs. Numerous publications, i. a. Geschichte der Deutschen in Ungarn (»History of the Germans in Hungary«), with P. Dippold: Bibliographisches Handbuch der ethnischen Gruppen Südosteuropas (»Bibliographic Handbook of the Ethnic Groups of Southeast Europe«)

Michael Portmann (born 1975 in Escholzmatt/Switzerland), studies of Eastern and Southeastern European History and Slavic Studies at the University of Vienna, since 2006 Research Assistant at the Historical Commission of the Austrian Academy of Sciences, since 2013 Senior Research Associate at the Institute for Habsburg and Balkan Studies of the Austrian Academy of Sciences. Numerous Publications, i. a. Die kommunistische Revolution in der Vojvodina 1944–1952. Politik, Gesellschaft, Wirtschaft, Kultur (»The Communist Revolution in Vojvodina 1944-1952 Politics, Society, Economy, Culture«), with W. Mueller: Osteuropa vom Weltkrieg zur Wende (»Eastern Europe from World War II to the Wende«).