Première recordings of chamber music from the 18th and 19th centuries, produced by the German Cultural Forum for Eastern Europe and published on CDs by the record label Profil Edition Günter Hänssler 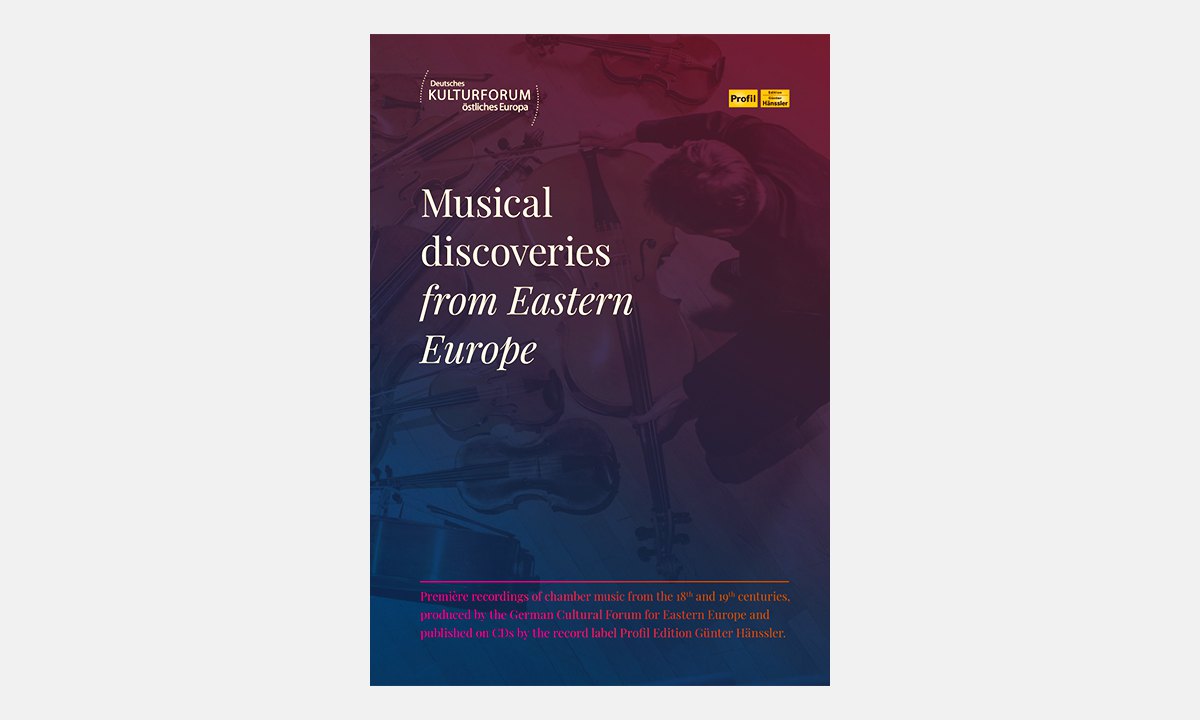 Up to now, the diverse cultural history of Eastern Europe has concealed numerous forgotten and little-known treasures, which got buried away in times of competing nationalisms and later of ideological cultural doctrines. During the EU Year of European Cultural Heritage 2018, which has as its slogan SHARING HERITAGE, a variety of activities will demonstrate the significance for today of caring for our common cultural heritage.

Music has always been a world in which national borders and language barriers have been porous. Musicians have long been among those special people who can cross borders and use the language of music to communicate with their audience, whether it be a large public performance or a small circle of connoisseurs and enthusiasts. In apparent contrast to that is the presentation of national musical traditions, which was prevalent in the period of European nationalisms, the effects of which are still felt today. The historical reality is much richer and more interesting: symbolic figures of national music style such as Frédéric Chopin, Pyotr Tchaikovsky or Bedřich Smetana actually drew their inspiration not just from the traditions of their own immediate homeland, but from their contact with the supra-national musical practice of their time. Indeed we know very little about musical life as such in St. Petersburg, Warsaw or Prague before the appearance of these national composers.

This is the field in which the discoveries arising from our musical exploration trip across Eastern Europe are based. The works of the St Petersburg composer Anton Ferdinand Titz, of Franz Xaver Gebel in Moscow and of Joseph Elsner in Warsaw are individual examples of the treasures that can now be presented by the German Culture Forum for Eastern Europe on CDs published by the Profil-Edition Günter Hänssler. There are a lot more beautiful and surprising discoveries to be made in the cultural and musical history of the cities and regions of Europe (and not only Europe).